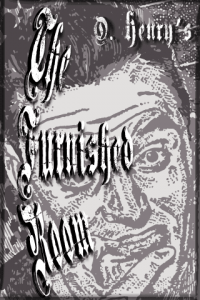 This week, B.J. and The Classic Tales Podcast continue its run of scary to terrifying stories in honor of Halloween with O. Henry’s “The Furnished Room.”  It is a dark story of search and suicide.

His stories are known mostly for the plot twists, which work great in horror fiction.
O. Henry was an American writer of the early 20th century.  He was also a pharmacist, a banker and an embezzler*. 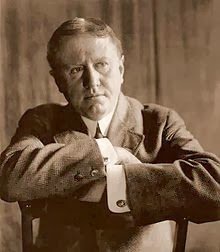 B.J. chose this story because it is generally held to be Henry’s best horror tale.  About the writing and style he said: “his command of language is extensively demonstrated, generating a wonderful atmosphere.”  This story, published in O. Henry’s second collection of stories Four Million, was hailed by fellow writer and humorist Stephen Leacock as possibly the darkest story he ever wrote and his best work.

If you enjoyed this story, make sure you catch up with the past couple of weeks at The Classic Tales Podcast which feature H.P. Lovecraft and Ambrose Bierce.

But wait!  There’s more!  For the reduced price of $12.99, you can enjoy over 15 hours worth of classic horror tales when you buy Classic Scary Tales, Vol. 1.  This includes stories from Edgar Allen Poe, Guy de Maupassant, H.P. Lovecraft, Mary Shelley, Bram Stoker and many more.  Pour yourself a hot drink, gather around the fire and listen as B.J. brings all these monsters and nightmares to life!

*Oh, and about that embezzling bit about O. Henry, there is a petition filed asking President Obama to pardon the writer posthumously.  There has been no movement on it yet.