The Gods of Mars, by Edgar Rice Burroughs 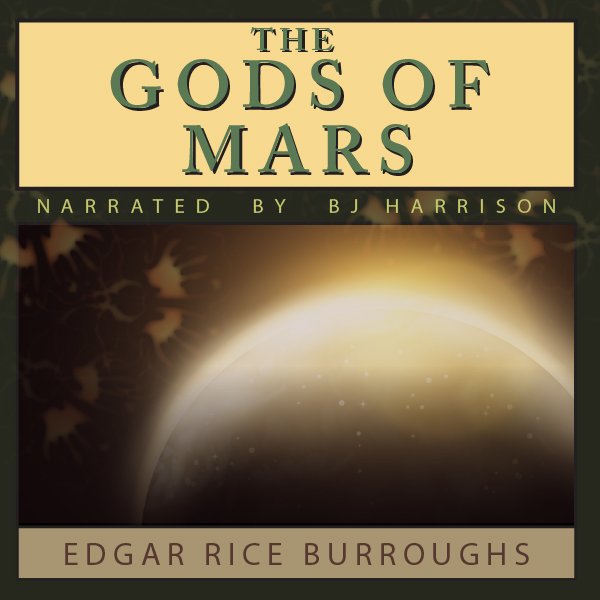 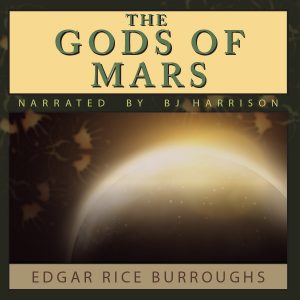 The Gods of Mars, by Edgar Rice Burroughs.  This is the second installment of Burroughs’ famous Barsoom series.  Because of this series, Burroughs is considered one of the first masters of the Science Fiction genre.
The story opens on the other side of the rivers Iss, in the Valley Dor, where our gallant protagonist John Carter finds himself after a decade of being away from Mars (or Barsoom, as the Martians call it).  This is commonly known to be the entrance to the land of heaven, as the Grey Havens of Tolkien’s imagination.  But in the Gods of Mars, we realize that this is an entire fabrication.  The river Iss leads to a horrible, horrible place.  John Carter’s task, with the help of his old friend Tars Tarkas, is to escape the terrors of the Valley and get back to his bride, the Princess of Helium and their son. The snag is, if he returns to the “land of the living”, he is sure to be killed as a blasphemer.

One of the reasons BJ chose to produce the Barsoom series was his being invited by Disney to participate in the production of John Carter.  BJ had to decline, as he was already working on the James Franco film 127Hours.  Fun fact: when BJ is not producing fantastic audio programs, he is building movie, television and all kinds of other scenery sets.  He was the Lead Sculptor for 127 Hours.

BJ enjoys voicing characters for Science Fiction because there are no bounds, and he can get really imaginative and inventive.  A perfect example is his approach to voicing Tars Tarkas, where he tried to imagine what it would be like to speak with tusks coming out of both sides of his mouth, no picnic, he tells me!
So join us today for The Gods of Mars!  And if you haven’t already, check out his production of  A Princess of Mars!  If you still need more Burroughs in your life, then pick up Tarzan of the Apes too.
And look for the second part of Through the Looking Glass, by Lewis Carroll on the Classic Tales Podcast!