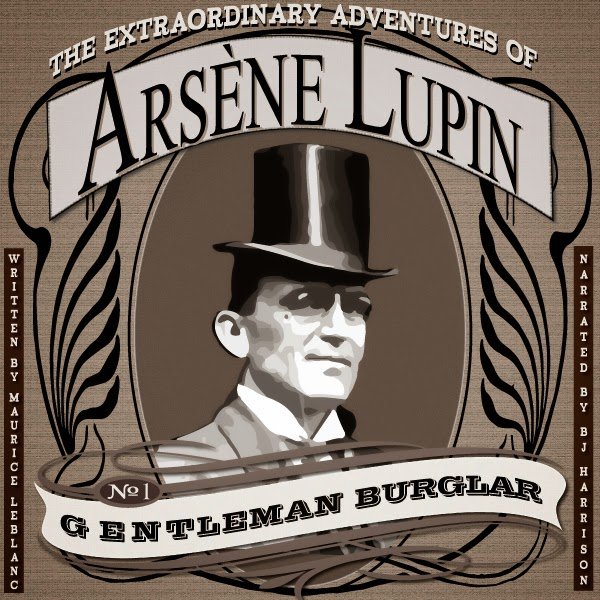 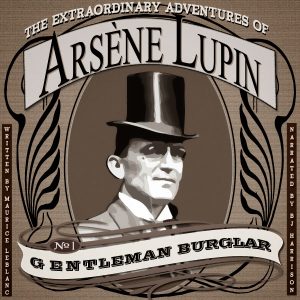 Arsène Lupin is a Master of Disguise, Art Aficionado, Antique Expert, Gentleman and Burglar. He also mops the floor with Sherlock Holmes from time to time. Created by Maurice Leblanc, Lupin was inspired by several other similar fictional characters of his day who were often a force for good, but usually on the wrong side of the law. He has been the inspiration for many books, films and television programs, including The Pink Panther films and the popular television show White Collar. They are mystery stories, where impossible crimes occur, and Lupin is famous for leaving no clues behind. With his swagger and gallic panache, Lupin sticks it to the man, usually a bovine millionaire or clueless aristocrat.

Lupin was featured in 20 novels and 28 short stories by Leblanc, with the short stories collected into book form for a total of 24 books. The first story, “L’Arrestation d’Arsène Lupin”, was published in the magazine Je sais tout on 15 July 1905. 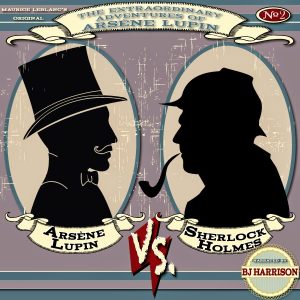 At the end of the first book, Lupin meets the illustrious Sherlock Holmes. Leblanc like the idea of Lupin facing off agains the illustrious detective so much that he expanded the conflict with two larger stories for the next in the series. However, Conan Doyle raised a bit of a stink, and requested that Leblanc change the name of the detective. So Sherlock Holmes became Herlock Sholmes in Europe  and Holmlock Shears when the title was released in the U.S.. I know, right? Ouch.

Now that the Sherlock Holmes copyright has long since expired, The Classic Tales Audiobooks’ issue of Arsène Lupin vs. Sherlock Holmes uses the true name of the great detective. Thus preserving the author’s original intention, (and saving the ears), of the listening public.

The first novel, The Extraordinary Adventures of Arsène Lupin, Gentleman Burglar was released as 6 episodes through The Classic Tales Podcast, comprising Episodes 408-413. The episodes have now been remixed, separated into chapters, the commercials have been removed and the artwork added. The audiobook version is released in three formats: in mp3 files (192 kbps), as a single Normal AAC/m4b audiobook file, and as an HD AAD/m4b audiobook file.

You can read more about Arsène Lupin by following this link to Wikipedia.