The Masque of the Red Death, by Edgar Allan Poe 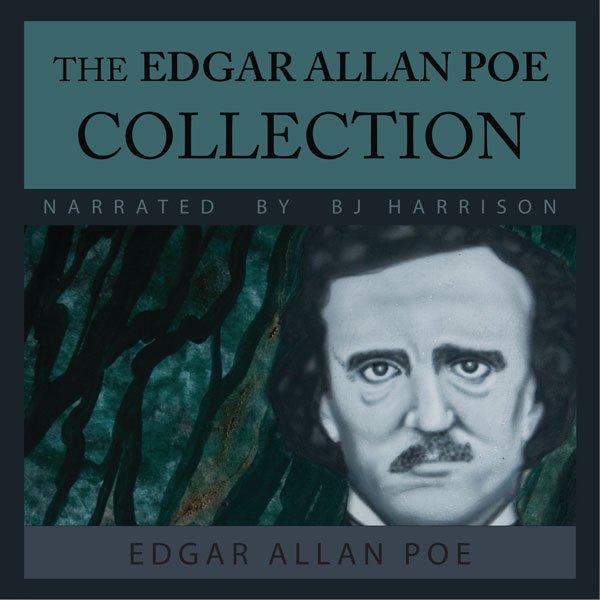 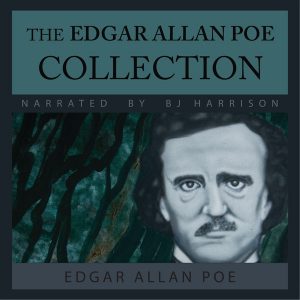 This week, B.J. Harrison and The Classic Tales bring back Edgar Allan Poe with the incredibly disturbing Gothic Tale of “The Masque of the Red Death.”  May I suggest you listen to this during a sunny walk outside, just to balance even a modicum of darkness in the story.

This story revolves around Prince Prospero’s attempt at hiding himself and some of his wealthy friends from a plague within the rooms of his abbey.  It doesn’t end well.

Although some critics warn against reading the story allegorically, I honestly don’t know how you can avoid it.  B.J.’s introduction to the story is very helpful in understanding some of the symbolism Poe uses:

• Consider the symbolism of the rooms. They are placed east to west. East is traditionally considered having to do with birth, while – the blue room, which is furthest to the east, represents birth or beginnings. Things that vanish in the west typically have to do with endings, even as the sun sets. So the suite of rooms is allegorical in nature, and represents the progression of life
. 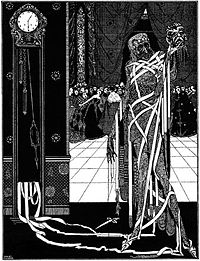 • There are seven colored rooms as we move from east to west. The color blue suggests the “unknown” from which a human being comes into the world. The next room is purple, a combination of blue (birth) and red (associated with life, intensity) suggests the beginnings of growth. Green, the next color, suggests the “spring” of life (youth), orange the summer and autumn of life. White, the next color, suggests age – think white hair, and bones. Violet (a combination of purple and blue, or purple and grey) is a shadowy color, and represents darkness and death. And black, obviously, is death itself.

• The Clock – symbolism of how time marches on, and we see how time cannot be escaped, though we try to hide from the plagues of the world outside.

• The Red Death – symbolizes death, of course. As far as scholars who have studied the story can make out, the disease described as The Red Death is entirely a fictional creation of Poe. Pretty horrible way to die.

• There is also apocalyptic symbolism here. The phrase “like a thief in the night” is taken from the Bible. It is from the first letter to the Thessalonians from Paul, and Paul is speaking of the last judgment. This is Biblically referred to as a time when the world is chaotic, decadent, topsy-turvy and raucous.

In keeping with the blog’s tradition of introducing you to an excellent old film based this week’s story, here is one staring Vincent Price as Prince Prospero. Is that perfect casting or what?

Oh, and just because, let me leave you with this meme: 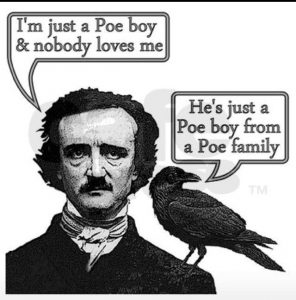